When planning for your next trip, listen to your heart and not to other people‘s opinions

“Do you know what I most love about traveling?

To discover hidden gems. To explore countries and areas not so many tourists have visited before. To be surprised. To be curious. To be blown away by the beauty of a country or the kindness of the locals.

ALBANIA was one of those places that stole my heart forever.
It‘s funny, because most of people we talked to before we left for Albania said „Albania… really? Be careful with your camera… be careful with your car…“ „I would never travel to Albania! It‘s too dangerous!“ „There‘s nothing pretty in Albania..“ and so on … During the last years, we decided  not to listen to other peoples opinions about a country they never visited before. We wanted to make our own opinions instead.

And so we left for Albania. And what can I say… not many countries touched me so deeply. The landscape is amazing! Mountains, forests, hidden villages, coastline and maybe the most beautiful beaches at the Mediterranean sea! Really really kind, friendly and helpful locals.
We didn‘t feel unsafe. We felt really, really welcome instead. And that was pretty awesome !!! So if you‘re planning your next trip, listen to your heart and not to other people‘s opinions. Make your own opinion!” – @the_travely 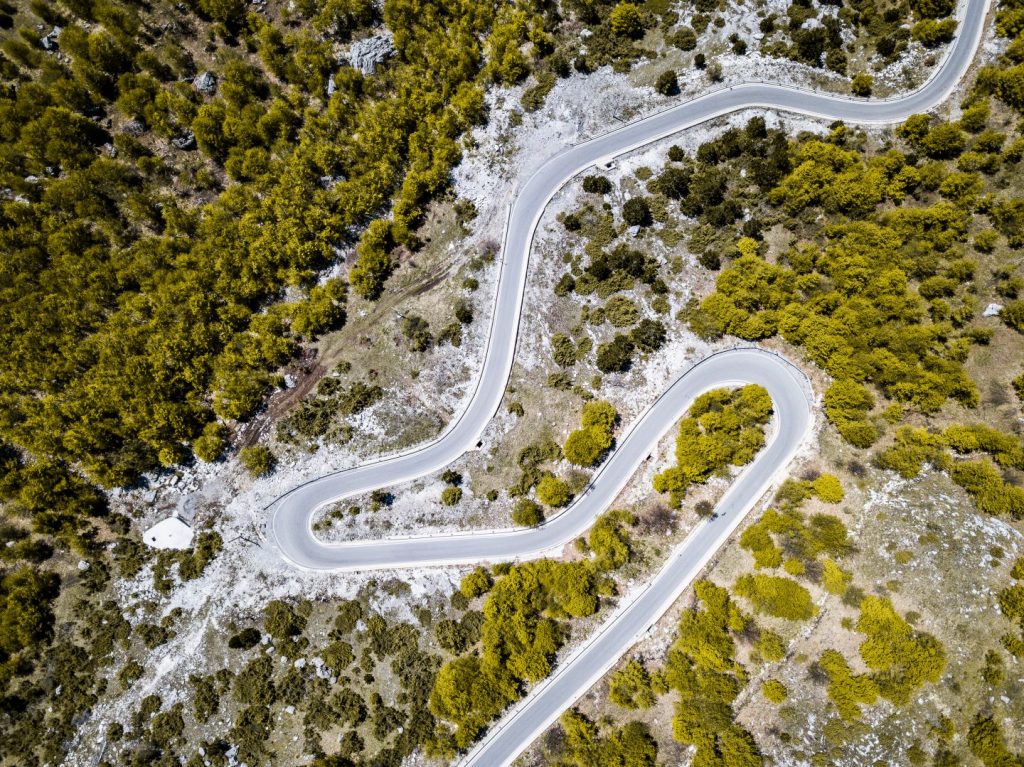 The Mediterranean state is so beautiful, so genuine and untouched that it is very difficult to find proper words for it. Albania is an adventure. A colourful rush of snow-capped, jagged mountains, bumpy slopes, lush green, lonely valleys, nostalgic villages, a spectacular coastline and a sea so clear and spotless that it almost hurts. 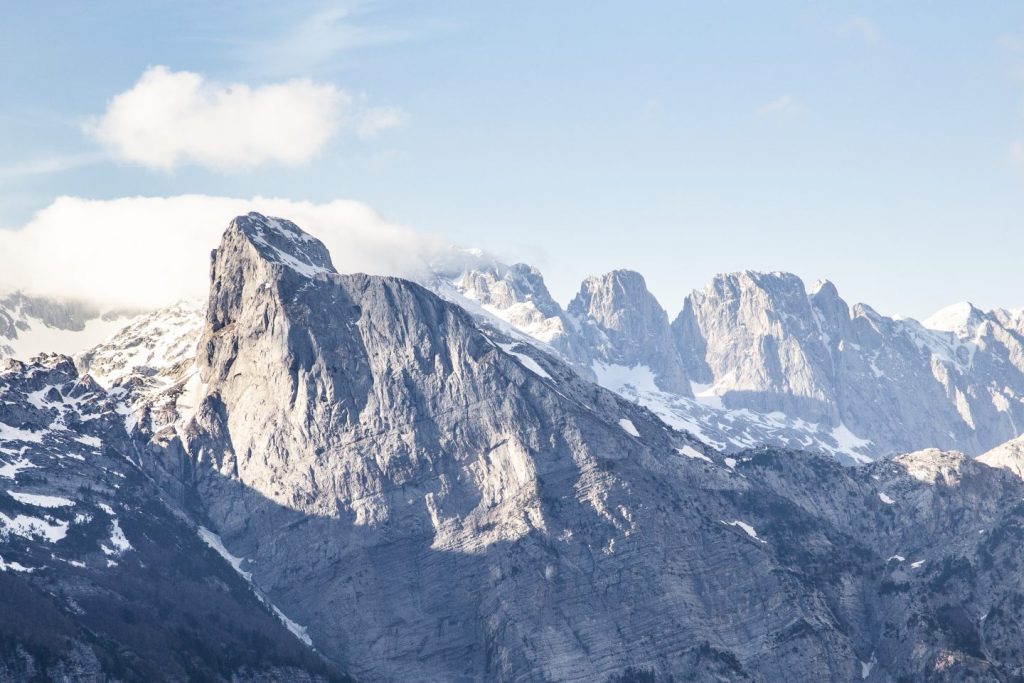 Tourism in Albania is still in its infancy. Although there are some tourist facilities in the top destinations of the country, it is still decades away from mass tourism! Most visitors to Albania come in high season (July & August). In the rest of the year you will have the beaches, hiking trails and slopes practically on your own. For those who are looking for peace, authenticity, unspoiled nature and one or two small adventures, Albania is the dream come true.

Here we have summarized all the highlights of our trip to Albania for you. Be inspired! 😉

Below you will find other useful general information about Albania (food, traffic, locals, camping…) 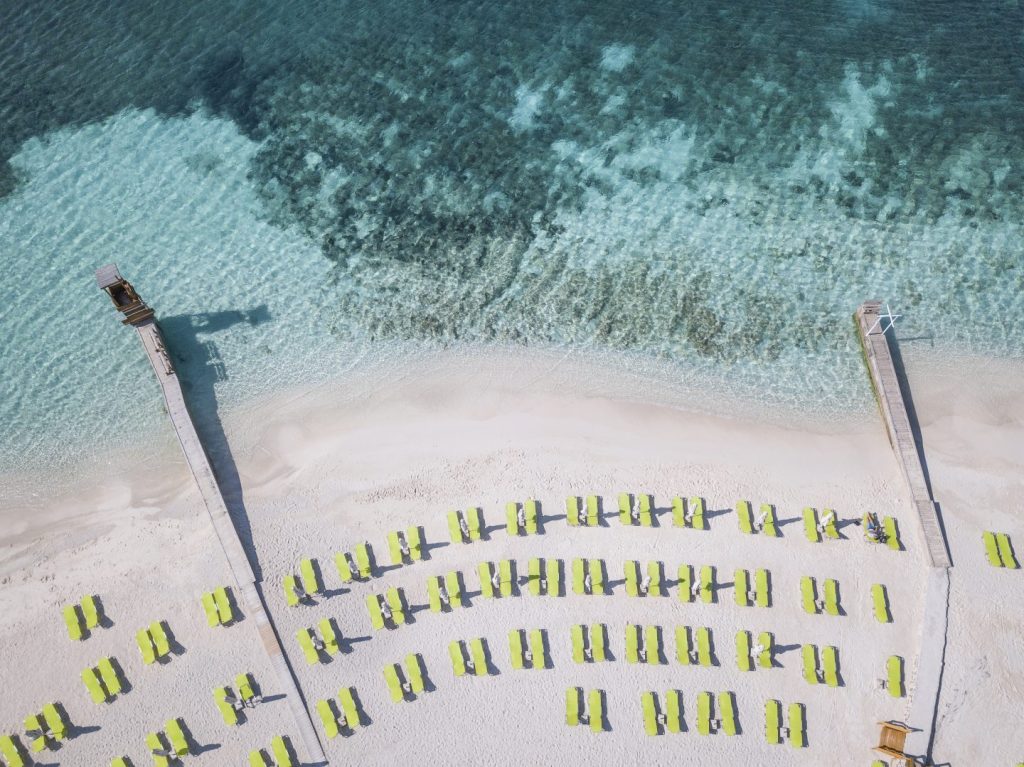 Let’s jump to my favorite points of interest.

In the tourist strongholds on the Albanian Riviera you can now find the international classics such as pasta, pizza and schnitzel. But Albanian dishes are also represented everywhere (e.g. the famous “Qofte” – minced meat rolls). In Albanian cuisine, basically all that comes from the surrounding area/local agriculture is used.

With the exception of Tirana, there are no large supermarkets in Albania as we know them from Central Europe. The usual chains are also completely missing. Self-sufficient must be covered with food in the sweet, small Aunt Emma shops. They are available in every major village and are usually well sorted. However, the assortment varies from store to store. The quality, quantity and variety of fresh food also varies from place to place and from season to season.

Western branded products are rare and expensive. Some foods that we Central Europeans take for granted are completely missing (e.g. pasta sauces).

Wifi is only available in hotels or the well-attended beach restaurants of the Riviera in Albania. If you are travelling outside the main tourist resorts and depend on the Internet, you have to get an Albanian SIM card. These are available at the airport in Tirana and – for all those who arrive with their own vehicle – possibly also at the border crossings.

(If you come from the north: at the Gega Oil petrol station, about 6km after the Albanian border crossing, there is a small cottage where you can buy a SIM card. Money can also be exchanged here.)

The road conditions in Albania are, to put it mildly, “alternating“. They exist, the perfectly asphalted new expressway that connect the largest cities, but they are (still) a rarity.

Most of the time you will encounter paved country roads with many bends and intersections. In the less populated areas (e.g. in the mountains) one often finds only bumpy gravel slopes. Attention: if you are travelling there, you should not love your car too much 😉

A special feature in Albania: very often you suddenly encounter huge cracks or holes in the asphalt. Pedestrians, donkey carts, cars parked on the street or entire flocks of sheep are also part of everyday life on Albania’s roads. So always, always, always drive attentively!

The driving style of the Albanians is also in need of getting used to and for most tourists at first it is frightening. Daring, risky overtaking manoeuvres, high speed and a big pinch of naughtiness. Rules of priority are often completely ignored. In Albania, the braver drives first. Point. Also median strips, intersections and traffic lights are understood by the locals more as decoration.

Albania is considered a very safe country of travel. Attacks against tourists and scams are extremely rare. But as everywhere else in the world, you should travel in Albania with common sense and not leave valuables lying around openly.

In very, very remote (mountain) regions you should be wary of bears and wolves.

Albania is the largest cannabis producer in Europe. In the remote, poor mountain regions, cannabis cultivation is often the only lucrative way to make ends meet. Especially the hard-to-reach, steep areas around Lake Koman are notorious for their hidden cannabis plantations. Tourists should not be too curious in such seampered regions.

During our trip to Albania we have only been able to gain very good experiences with the locals. Everyone who met us was unfriendly. Many are very curious and like to chat about the reason for the trip and the next destinations. Many young Albanians spoke English. Italian and German are also very common. Personally, we never felt like we were being dragged across the table – on the contrary, everyone seemed very happy about our visit.

We didn’t feel uncomfortable for a second. Even to me, as a woman, the local men behaved extremely politely and pre-empting.

Probably no other country in the world will you encounter so many Mercedes vehicles! Hard to believe, but true! The car with star is idolized in the Mediterranean state and is one of the greatest prestige objects ever. It doesn’t seem to matter which year of construction or model is driven – mainly Mercedes.

In very remote areas, the old, rusty Mercedes T1 buses are used as “public transport”. They are often the only connection between villages or mountain regions and the cities. Goods are also transported with it.

Albania is a true paradise for campers. It is one of the few Mediterranean countries in which it is still relatively safe to camp wildly. Especially in the low season you can literally be free everywhere in Albania – on the beach, in the forest, in the mountains… As always: leave no trace and respect the residents!

If you prefer to stay at a paid campsite, you will find numerous possibilities. But some campsites are closed outside the Hochsaion. 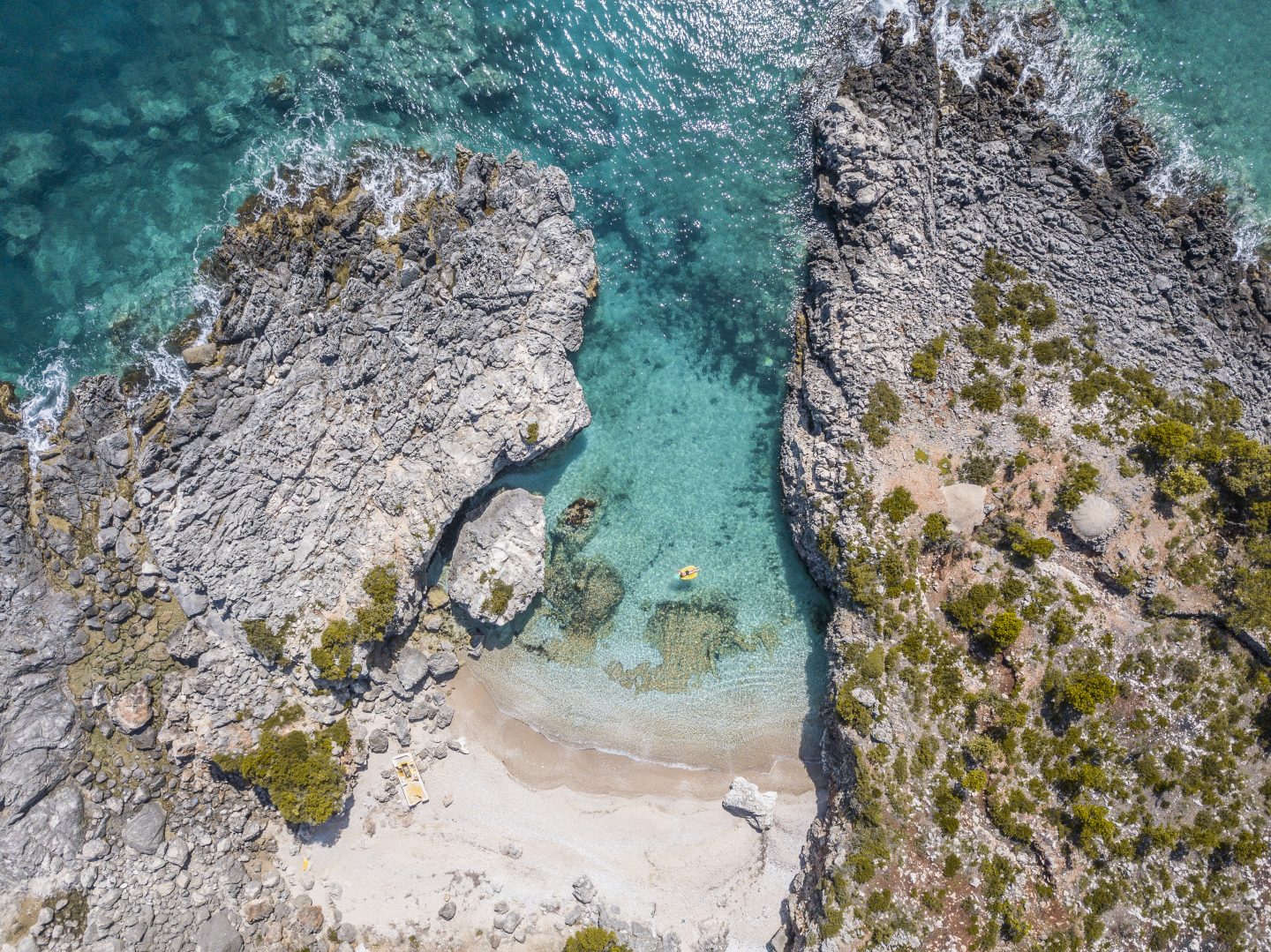 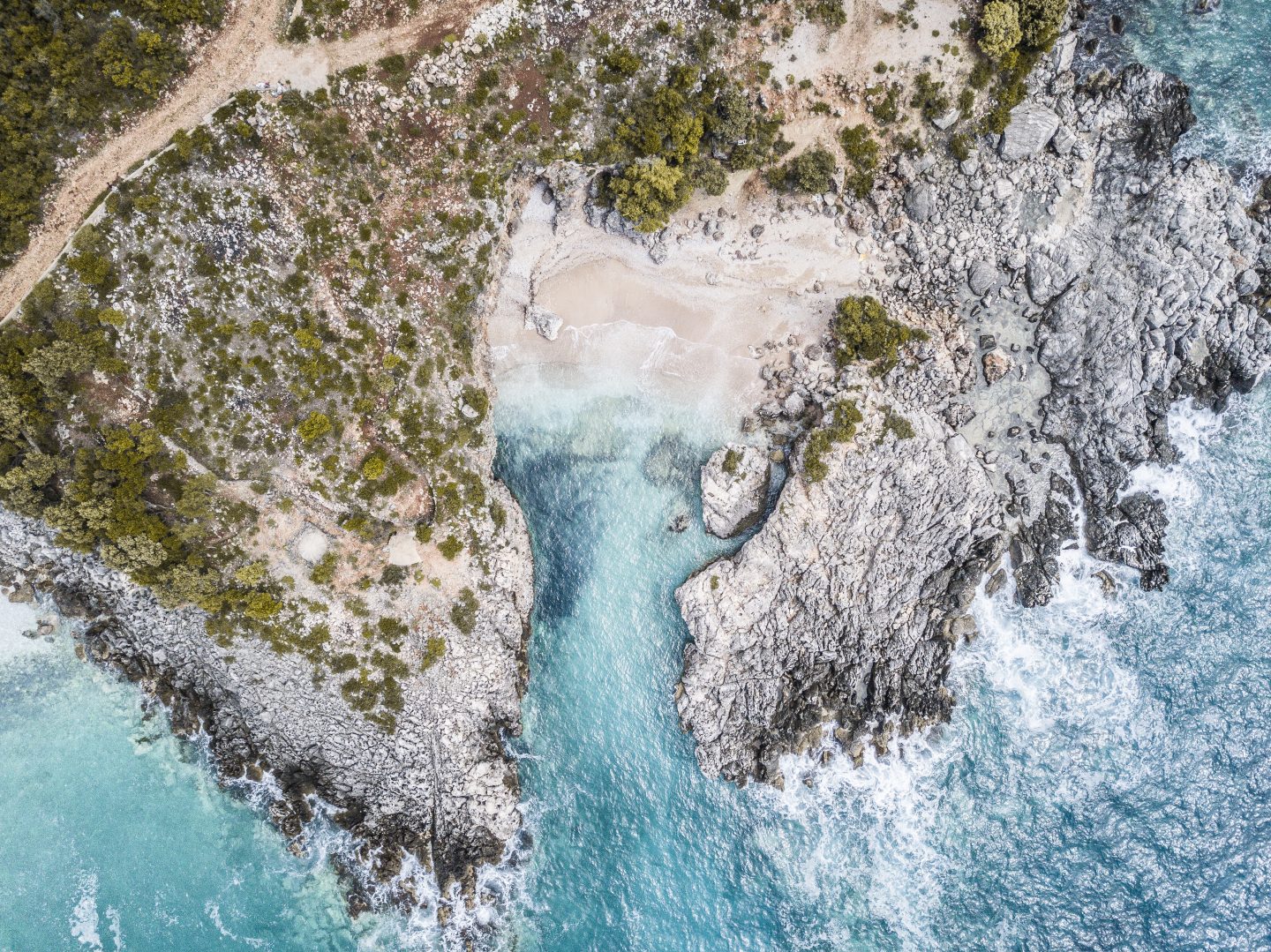 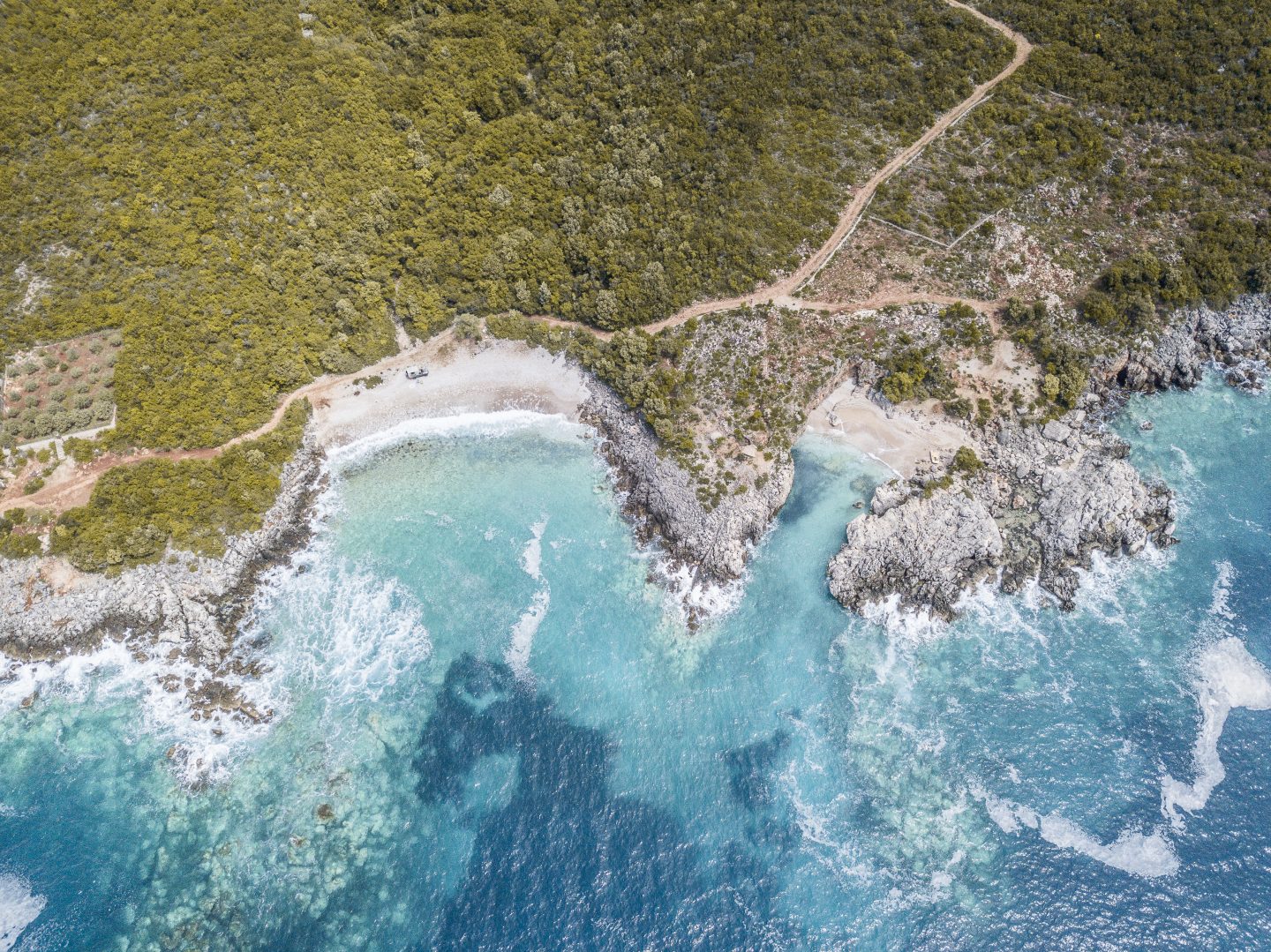 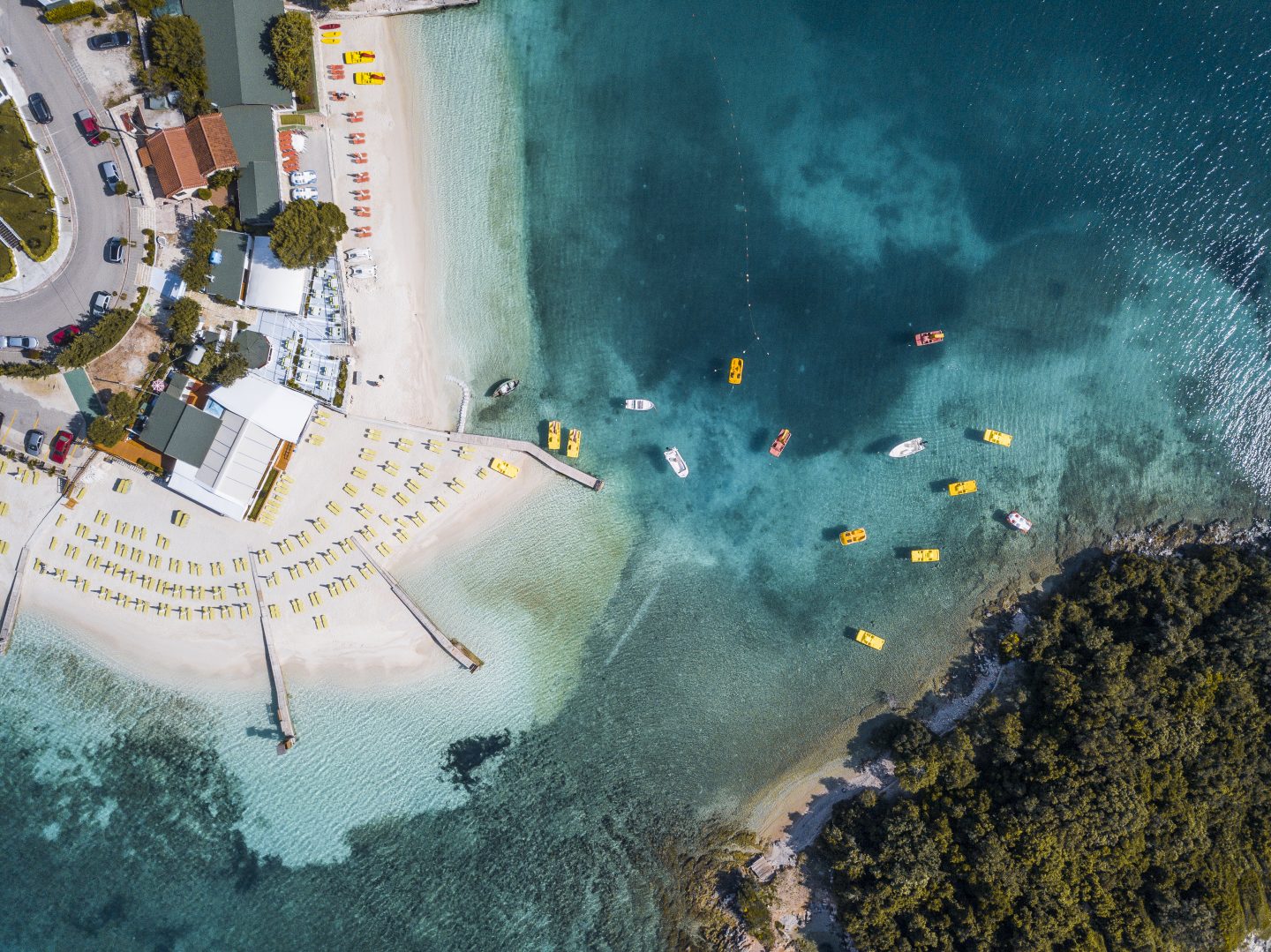 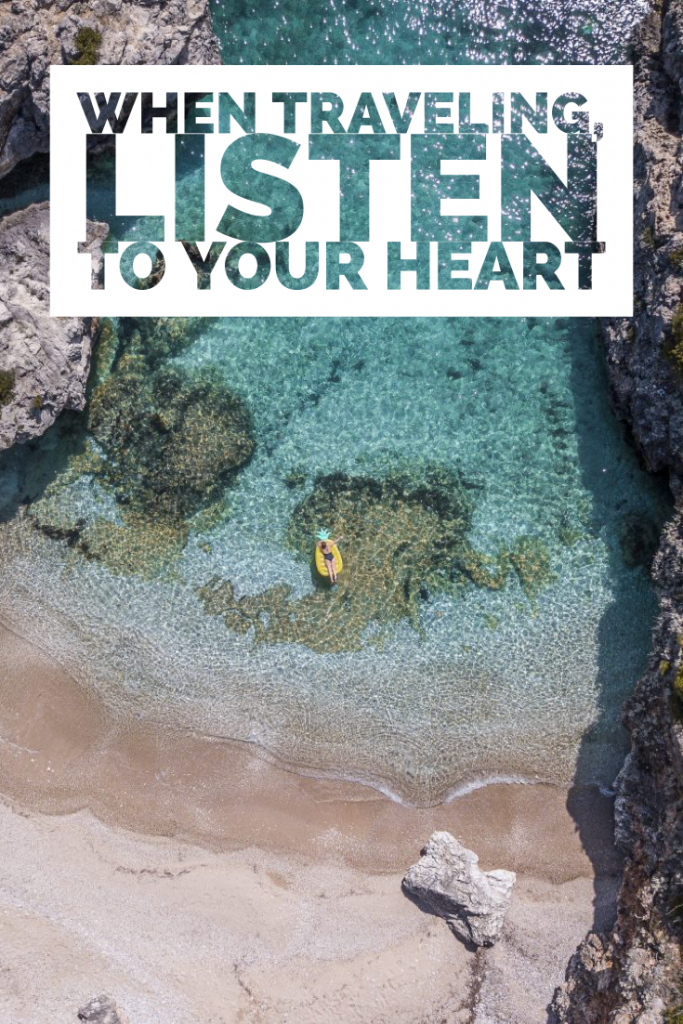 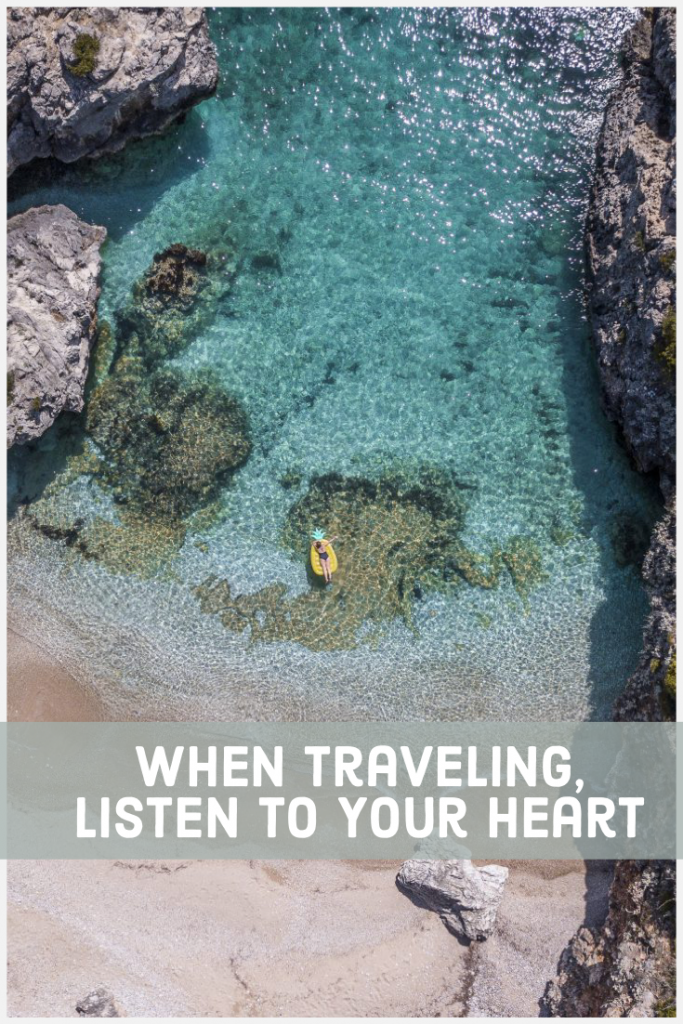 4 thoughts on “When traveling, listen to your heart”